2 weeks to the wedding. I spent the first week wrapping up and putting finishing touches on wedding preparations at God speed. I really, really wanted to just relax and spend some time at home in the last week. Those first 7 days of my leave from work truly passed by in a blur. And it ended with my first wedding function – Mata ki Chowki. 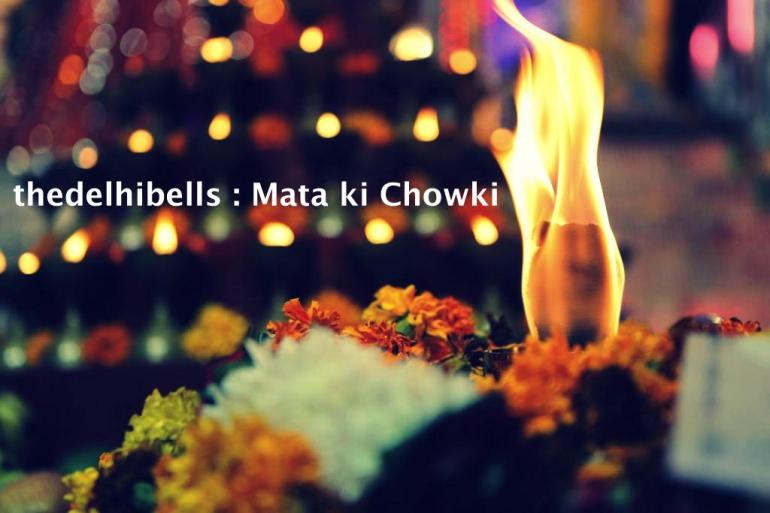 This was a function thrown by the boy’s side of the family (they’re Punjabi) and honestly, my whole family was clueless about it – we just knew there would be a puja, and that we should wear red.

My outfit had been picked by my MIL and me. When we had gone to buy the reception saree at Roop Sarees, she had found an unstitched suit with a beautiful red net dupatta. She’d asked me if I liked it, and I said sure! I got it stitched from a “designer aunty” I usually go to, and the day of the Chowki was the first time I put on the full outfit – suit, churidar and dupatta – and I felt so OTT! This is barely 2 hours before the function is going to begin. While I did love every part of the outfit, when it was actually on me in its entirety, I kind of felt “chamki.” And as you may already know this about me, I am not very fond of “chamki”! I started stressing about it (which, you will realize sooner or later, is just very typically “me”) and whining about how I was going to be overdressed for a puja! My parents and sister kept insisting that I looked just fine, but I just wouldn’t believe them. I’m really close to my bhabhi, and I usually go to her when I feel like no one understands me! I messaged her saying “I am SO overdressed! Please tell everyone in the family to overdress so that I fit in with atleast part of the crowd!” To which she swiftly and wisely responded, “You are the bride. You cannot be overdressed :)” Few words, but they worked on me! I felt a little more settled.

And then I reached the venue, and all my worries were washed away! Everyone was really dressed up, because apparently even though Mata Ki Chowki is a puja, it’s still a really big deal!

The night went by really smoothly, and it was all over in the blink of an eye. I’m not really a religious person, but this was a really fun event! There was a singer there and he also made for a really great compere. He got everyone involved, got everyone to dance! It felt like one of those Ganesh Chathurti pujas I had seen growing up in Mumbai, and boy, were they fun! 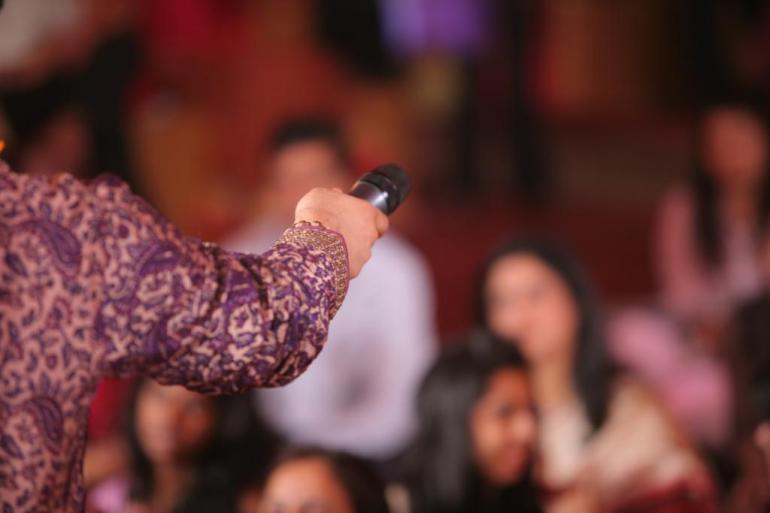 There are two memories from that night that stand out in my mind (other than the “OMG! I’m a chamki bride!”) At one point of time, there was an “unofficial jaimaal” – where we exchanged garlands made out of colorful cloths. The fiancé was being all cute and said, “hey, how come yours is so colorful and pretty?” “Because I’m the girl, silly! Did you want to be the bride?” 🙂

Another is a faux pas, made by yours truly. There was a period during the puja when the fiancé and his uncle held up a long piece of cloth in front of Mata, and the fiancé called on me to hold his side of the cloth. I was happily peeping behind to see what was happening behind the cloth, when the fiancé exclaimed that I was not supposed to look while Mata is being fed! Oops! I stood there diligently holding the cloth and NOT peeping behind after that.

Ah, the first function of the night was finally done. We ate at almost 11 pm (nobody eats before Mata is fed) and then posed for a few photographs. This was definitely one of the functions that turned out to be a very pleasant surprise. I always assumed pujas are boring lengthy events (no offense, really!) But amongst our closest family members, it turned out to be a memorable fun-filled first function. 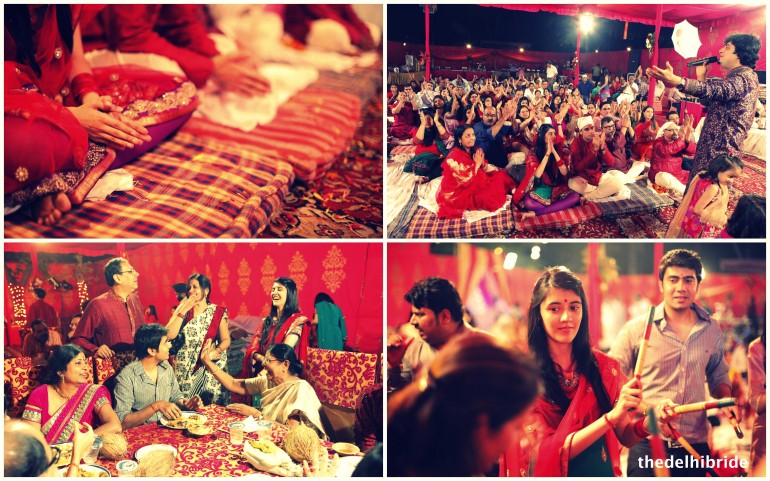 Bride’s Outfit: Unstitched dress material by Roop Sarees (South Extension), stitched by Mridula “designer aunty” (she’s the one who recommended the purple churidar instead of the dark maroon that came with the suit)

You can read the whole thedelhibells series here: