7 years ago, a young Pakistani girl landed in the UK to pursue a degree in Psychology from Warwick University. Little did she know, she’d meet her Prince Charming in this land where there were so many just like her – people who looked like her, behaved like her, but were from across the border back in Asia. Soma found her Indian Prince in Hasan, and they’re soon to be married. This is the second post in a short series on a Pakistani bride marrying an Indian groom, with hopes to settle in India to begin their new life together. The first post can be read here.

I can still clearly recall the day my friends and I wouldn’t stop hugging and saying our goodbyes to each other at Warwick University’s campus. That day, I thought I’d only ever be in touch with all my Indian friends via social media or a random collision 20 years later. Who knew I’d be crossing borders a few years later to become an Indian bride?!

It was the August of 2014 when I finally found myself en route to Agra via Delhi. Of course, Madhuri’s famous song ‘Ghagra’ played in my head and instantly became the title sound track of my trip.

My in-laws are based in Agra and funnily, whenever I’ve told someone in Pakistan that I will be living there, the first thing they say is “Wow, you can actually go to the Taj Mahal every day!” Of course, I did visit the famous Taj Mahal on my trip, and I was so excited to go there that I even bought an outfit especially to wear on that day! 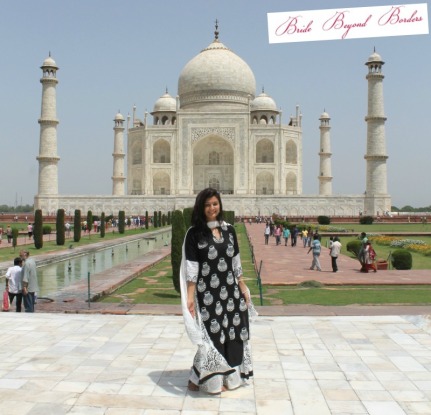 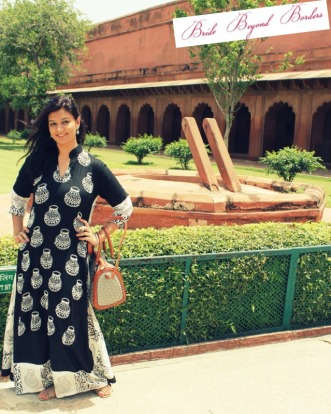 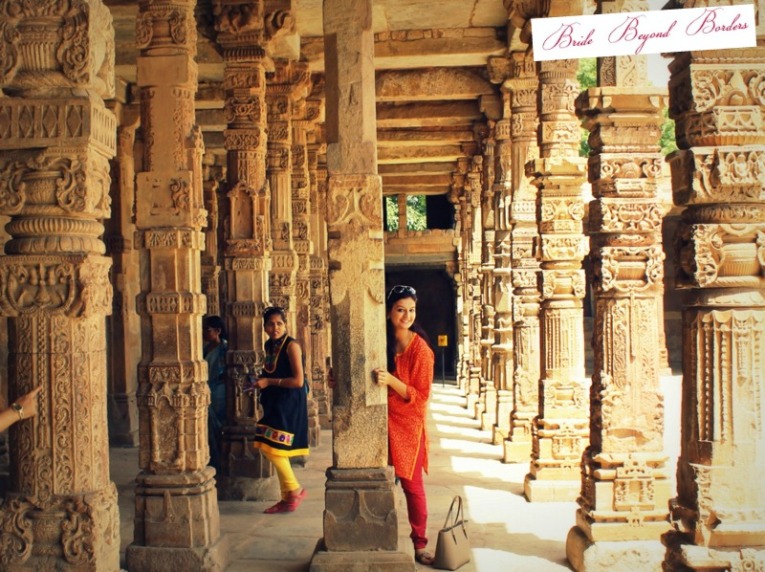 Being in India brought out the crazy foreigner streak in me – I wanted to visit all the historical landmarks and eat all the authentic cultural food. I wanted to take in all the cultural differences and similarities that we share as two countries separated by nothing but a border.

And while the tourist life took up a lot of my time, I had to split some of it with wedding planning duties. Several important discussions regarding the wedding were taking place, and it was decided that the wedding date would be fixed for a year and a half later. But what location would be convenient for both the bride and groom’s families? Immediately, the possibility of getting married in Pakistan or India was scratched out (visa issues!). We considered the UK, before finally agreeing upon Dubai as the best option.

REVEAL NO. TWO👀 ANYYYY GUESSSES for where the wedding is happening?!! Here's a little hint… It's a destination wedding, which means it's neither in Pakistan nor in India. 🇵🇰🇮🇳 And come on, I've made it pretty easy for you guys on the map 🏜 haha, this is me being super creative. I suck at geography so it took me quite some time to wrap my head around it. I hope it's right 😝 #bridebeyondborders #bridetobe #bridalblog #pakistaniblogger #meetdesiworld #bride #happydays #destinationwedding #asia #asianwedding #indianbride #april2016 #instablogger #india #pakistan #worldmap #geographyguru #jokes

Chapter 3 Worries as a Pakistani Bride

How have I been doing? I fluctuate between being a happy, excited bride and a bridezilla whom no one wants to talk to. In all honestly, I hadn’t fully considered the aspect of having to move so far away from family. India might be just as far as Lahore is from Karachi or Delhi is from Bombay, but the uncertainty that comes with being Pakistani or Indian makes the simple process a difficult one. After three gruelling and uncertain months, my one way ticket to a completely new life has finally arrived. My passport has been stamped with the pink and blue Indian visa.

This means there’s no going back, and the very thought makes me smile like a happy kid but also gives me those tingling where-is-life-taking-me goose bumps. More and more, though, I find myself looking forward to a lifetime of adventure in my new country, my new city and with my new family.

Up next: The countdown to the wedding begins!